Van Jones is a U.S. media personality, the founder of multiple social enterprises and a world-class change maker.

MEDIA: A three-time NY Times bestselling author, Van hosts two shows on CNN: “The Van Jones Show” and “The Redemption Project.” He is the host of CNN’s “Incarceration, Inc.” podcast series. In 2013-2014, Van was a co-host of CNN CROSSFIRE, along with Newt Gingrich; he later hosted a special event series on CNN called “The Messy Truth.” He is the co-founder of Magic Labs Media LLC, a producer of the WEBBY Award-winning Messy Truth digital series.

SOCIAL ENTREPRENEUR: Van’s life mission is to close prison doors and open doors of opportunity. He has been a leader in the fight for criminal justice reform for more than 25 years. To achieve his goals, Van co-founded a series of social enterprises, including: Ella Baker Center for Human Rights, ColorOfChange.org, GreenForAll.org, Rebuild The Dream and the Dream Corps. The Dream Corps houses three social impact initiatives: #YesWeCode, Green For All and #cut50. Today, Van is the CEO of the REFORM Alliance, an initiative founded by Jay-Z, Meek Mill and six billionaires to transform the criminal justice system.

SOCIAL IMPACT: In 2018, Van and #cut50 led the winning campaign to pass the FIRST STEP Act — a bipartisan federal bill that the New York Times called the most substantial breakthrough in criminal justice in a generation. This was not Van’s first history-making legislative victory: a decade earlier, Van was the primary champion of the Green Jobs Act of 2007. In 2009, he worked as the green jobs advisor to the Obama White House. Van has won numerous awards, including: the World Economic Forum’s “Young Global Leader” designation; Rolling Stone’s 2012 “12 Leaders Who Get Things Done”; TIME’s 2009 “100 Most Influential People in The World”; the 2010 NAACP Image Award and; a 2017 WEBBY special achievement award.

Born in Jackson, Tennessee, Van lives in New York City and Los Angeles. He is a proud father of two sons.

In 2017, Van signed a management deal with Roc Nation, becoming the first political commentator in their family. In 1990, he earned a B.S. in communication and political science from the University of Tennessee at Martin. In 1993, Van earned a degree from Yale Law School.

The Dream Corps closes prison doors and opens doors of opportunity for all.

#cut50 is a national initiative to reduce the prison population while making our communities safer. Our campaigns are led by people who have been directly impacted by the justice system and want to create change.

#YesWeCode is a national initiative to help 100,000 young women and men from underrepresented backgrounds find success in the tech sector

Green for All advances solutions that bring clean energy, green jobs, and opportunities to the poorest, and most polluted communities in the country.

Rebuild The Dream is fighting for an economy that works for everyone, and an America that delivers on its promise of opportunity for all. 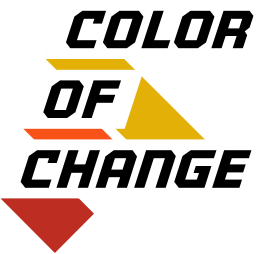 Color of Change designs campaigns powerful enough to end practices that unfairly hold Black people back, and champion solutions that move us all forward. Until justice is real.

Named after Ella Baker, a brilliant, black hero of the civil rights movement, the Ella Baker Center for Human Rights follows in her footsteps by organizing with Black, Brown, and low-income people to shift resources away from prisons and punishment, and towards opportunities that make our communities safe, healthy, and strong.